Building character is a respectable pursuit. Most people want to become a better person, but not everyone has the determination and work ethic to actually follow through and make it happen. Building character is a skill just like anything else. Nobody is born with strong character. It takes a long time to develop it, and it must be maintained over the years. That means that anyone can develop into a high character person, as long as they are willing to put in the work. High character individuals are typically highly respected and are more often placed in leadership positions at work.

Character Is About Core Principles

Have you ever worked with a boss that you had a lot of respect for? Chances were they weren’t making up the rules as they went along. Instead, they probably had core principles that they worked from. They probably had established rules that were firm, but fair to everyone in the workplace. What are your core principles? Do you believe in giving second chances? Third chances? How do you handle setbacks? How do you reward the people you work with? How do you handle dishonesty? These are critical questions that every leader must ask themselves.

Stick With Your Principles Even When It Is Difficult

The hardest part about having core principles is sticking with them when things get tough. And believe me, they always will. There will be a situation that pushes you to the brink and causes you to question whether you should uphold your principles. Maybe you don’t believe in giving out third chances for blatant errors made in the workplace. But the person in question is your most skilled employee, and there is a difficult project coming up which they specialize in. Those are the types of moments where principles matter the most.

High Character Individuals Tend To End Up In Leadership Positions

It is no secret that high character individuals tend to 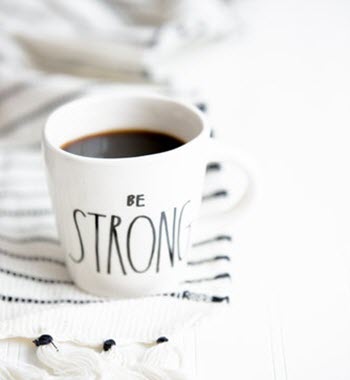 end up in leadership positions. That’s because people tend to have a higher level of respect for people who have core principles. If you are looking to move up in your career, start working on developing your character strengths and the principles you are going to espouse as a leader.

Being a high character individual isn’t about chance. It is about choice. You can choose to have a high character, but you are going to have to put in the work to make it happen. It means outlining your principles and sticking to them, even when things get difficult. It means making hard decisions and not passing the buck to someone else. But being a high character individual also means gaining the respect of your peers and being placed in charge of projects. It means that other people will trust you to get the job done. If you are ready for more respect and responsibility, then it is time for you to stretch your boundaries.

* Reach Out to The World image credit goes to: Benjamin Davies.